While top GameFis are experiencing crisis, where is the turning point? Elven World rises as a game changer!

“There are two paths to the future of mankind, either towards interstellar civilization or towards the virtual world of VR technology — the metaverse. ”

As the pioneer of the metaverse sector, GameFi is a bottom-up revolution in nature. The future of GameFi will be extremely optimistic, but the current development has only just begun, not only that there are many challenges, but it is a long way to go.What’s the current state of GameFi industry?

The natural anti-monopoly attributes, ultra-high topicality and liquidity nature of GameFi make it an object of pursuit for the rich. When high liquidity has just emerged, speculators and hypers quickly became the first group of revelers. GameFi such as BinaryX have taken the lead and attracted the attention of many people. However, in DeFi, the nature of the income obtained from staking is to provide liquidity for DEX. It is illogical that a large number of GameFi has begun to provide amazing income from staking, even when DEX is unavailable.

Today, the GameFi is in this second stage. The currency market has been sluggish, with the overall decline in the GameFi sector. Transaction volume has maintained a downward trend, and the number of users has also declined to various degrees. First, the GameFi giant Axie Infinity fell back, and the collapse of BnbhHeroes caused panic in the market. This is because most of the current GameFis focus on making money and ignoring incentives for their users, which will lead to the dilemma of losing users once the price of their tokens drops sharply. On the contrary, Elven World was built from the users’ perspective, and has adhered to the principles and solidified the foundation during the Carnival stage: users are not limited by the early and late admission times.

In fact, only real good projects will stand out after the bubble bursts, at the same time, allowing real value investors and users to join the project at a lower cost. There is no doubt that Elven World is one of those projects!

【What is the Elven World? 】

Elven World is a 3D strategic turn-based encrypted GameFi that can be easily controlled,and the closest we have to metaverse. It will establish a community-driven "NFTs+DeFi+Games" ecosystem. Through NFTs, DeFi and game will be combined in the GameFi system, incorporating functions such as PvP (Player-to-Player)combat,  PvE (Player-to-Environment) combat, equipment forging, free trade, and NFTs collection.

【The gaming world of the Elven World】 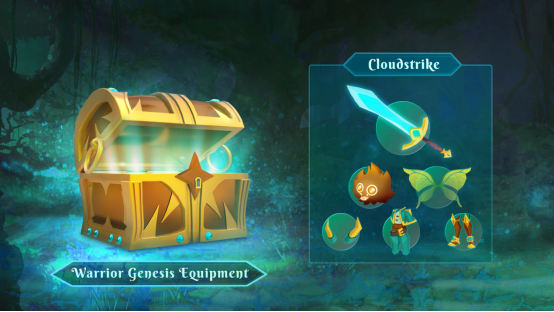 At present, most of the game modes in the GameFi market are relatively simple, Elven World has made many changes in the gameplay, which is no longer the boring and monotonous gameplay of traditional games. Elven World not only has traditional 3D strategic turn-based GameFi with PvP combat, PvE combat, free trading, character development, and equipment forging, but there are also equipment enchantment, map exploration, AR treasure hunting, dungeon gameplay, official events, and other more playable game mechanics.

Elven World has built a grand world of elves. Players play as the leaders of the elf tribes in Elven World, namely mages, priests, warriors, archers, and assassins. They upgrade and develop the elves through equipment and enchanting stones, command the elves of their tribe to fight and develop under the inspiration of the elf goddess.

Elven World also introduced 6 “types” of equipment as props: weapons, headgears, wings, clothes, shoes, and pets. Elves improve their attributes by wearing equipment. Players are presented with one warrior elf, by default. Players can get more equipment through airdrop or trading on the Marketplace. Players can generate new equipment by forging old equipment. The newly forged equipment can be worn by the elf of the corresponding occupation, or sold on the market to get profit, depending on each player’s needs. Skill cards are cards that elves can use to release their skills to fight in a battle. Players can increase the level of skill cards by devouring equipment to increase their damage and skill effects.

Elven World includes four major economic systems: ‘revenue aggregator, dual currency model, NFT, and Mysterious Crystal (blind box)’, as well as four game systems: game, trading, auxiliary, and social interaction. Through these settings, players can realize “play-to-earn” and earn income easily through battles, mining, world leader board, world BOSS, etc. in the game. Outside the game, they can sell their NFT props or game rewards on the market to make money, and they can also earn additional income through wide variety of channels such as staking, liquidity mining, and providing trading pair liquidity to revenue aggregators. Players can also establish their own game guilds, make friends or form alliances through powerful social networks, form benign interactions, gain from value multiplication, and make money while playing.

The officials will hold various events regularly and update the achievement system. Participants will have the opportunity to obtain Elven World Shard (EWS, that is, tokens). With the further improvement of the game's functions, there will be more opportunities to obtain EWS.

In addition, blockchain technology has characteristics of decentralization and tamper-proof. It regards virtual assets in games as cryptocurrency which can be circulated freely across platforms. Elven World uses modern cryptography ECC algorithm (Elliptic curve cryptography) to ensure the security of assets, which has a high degree of encryption security. Users are able to enjoy the fun of play-to-earn in GameFi without worries.

【Why the Elven World?】 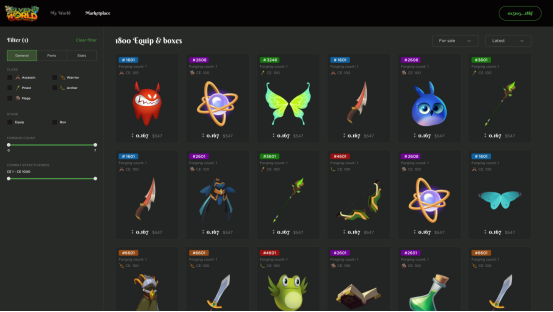 Elven World has created a new and fairer business model for the market. With the help of NFT, the full ownership of virtual assets in the game can be realized. Every NFT asset obtained by the player is unique, and importantly, they belong entirely to the player. On the other hand, compared with the traditional game industry, most of the operating income of Elven World will be allocated to players, and this business model is undoubtedly subversive.

Each phase of the Elven World is set to solve the contradiction between inflation and income. When players play the game, they don't have to worry about token inflation, element inflation, and card inflation and so on due to overheating of the market or the influx of too many players in the short term.

Elven World is built on playability with financial attributes. In the subsequent continuous development, more new features will be released, which will promote waves after waves of climax. It is even conceivable that the Elven World will lead the way to the real Metaverse in the future.

According to the official announcement, Elven World will be starting the airdrops (including random airdrops of 30,000 EWS) in January 2022, followed by Genesis equipment pre-sales. If you are interested in our recent updates, you can follow the official news of Elven World：